Pall-Ex is aiming to achieve the Gold Employee Recognition Award by continuing its support of those in the Armed Forces Community.

Pall-Ex is Going for Gold

Pall-Ex continues to support the Armed Forces Community by aiming to achieve the Gold Employee Recognition Award, accredited by the Ministry of Defence as part of its Defence Employer Recognition Scheme.

Pall-Ex sees the importance of supporting ex-military and those currently serving, recognising the transferable skills, qualities and other values they bring to the business. This group of employees can range from Reservists, Veterans, Army Cadet Force Volunteers and even spouses or partners of those currently serving.

We utilise recruitment materials, such as advertisement and job packs, highlighting that Pall-Ex is a welcoming environment to applicants with a military background and may meet the criteria for a guaranteed interview.

Last year Pall-Ex showed support by raising money for its chosen charity, Combat Stress, during the annual fundraising challenge, March in March. The individuals taking part in the challenge raised a total of £5,000, which was then doubled by Pall-Ex, taking the total amount to £10,000.

Pall-Ex also donated a further £25,000 to Combat Stress as part of our 25th Anniversary celebration, leading Pall-Ex to be presented with Corporate Fundraising Group of the Year 2021 award at Combat Stress’ “Extra Mile Awards” held in London in early 2022. 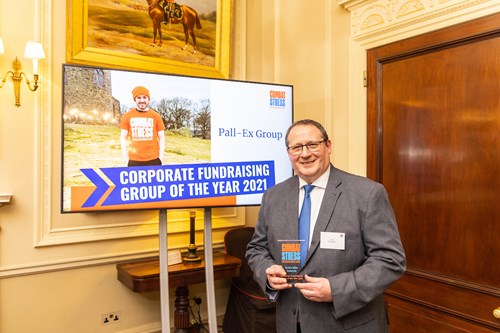 Once again, our employees will be taking part in March in March, raising funds in support of Veterans mental health. If you would like to donate to our dedicated team taking on the challenge and to find out more, please visit: https://events.combatstress.org.uk/fundraisers/PallExGroup16?fbclid=IwAR3uDS3vWnuj6w6NlUWJ_0Y1RlDdUwLLPl6lgwQcObnfYelzy3aZ_UatDVQ

During our recent annual conference, Pall-Ex re-signed the Armed Forces Covenant, along with the other Pall-Ex Group owned network, Fortec Distribution, as well as our four owned operations across the country. 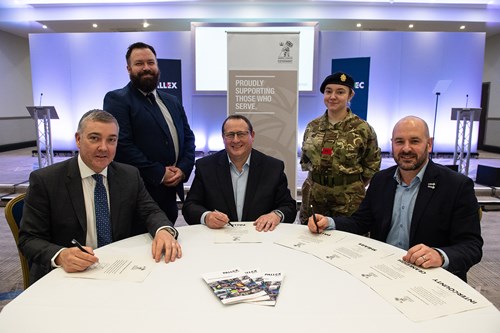 Pall-Ex Group’s Armed Forces Covenant Champion, Kelvin Sidaway also engaged with over 70 of our network members, explaining the benefits of supporting military personnel and encouraging them to join the Armed Forces Covenant, signaling that they are a Forces Friendly Employer.

This encouraged 20 of our members to sign the Armed Forces Covenant, and Pall-Ex is currently supporting those members throughout the process.

To find out more about our pledge to support the Armed Forces please visit: https://www.pallex.co.uk/news/pall-ex-press/pall-ex-pledge-to-support-armed-forces/

To find out more about the support Pall-Ex offers to military personnel please visit: https://www.pallex.co.uk/armed-forces-engagement/