Mark Steel, enjoyed Snetterton success with a win and a second place finish.

Pall-Ex’s Sales and Marketing Director, Mark Steel, enjoyed Snetterton success with a win and a second place finish during rounds five and six of the Milltek Volkswagen Racing Cup.

The third meeting of the year saw weekend long sunshine beat down on the Norfolk circuit on the 26/27th of May.

Mark’s weekend started well with a second place finish and a fastest lap, following a closely fought battle between himself and James Goodall, who eventually held off to claim the VAG Trophy win.

This clearly showed as he went on to claim an impressive maiden victory in only his fourth race in the series. 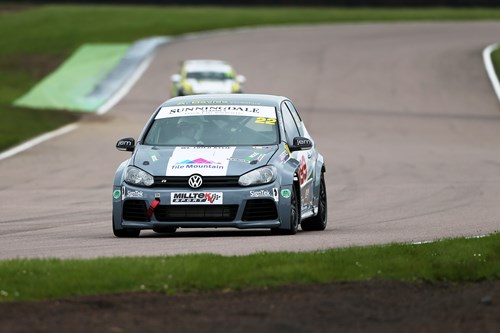 After receiving the VAG Trophy and taking well deserved sip of champagne, Mark said; “My boss told me to take up something safer so I thought a bit of motorsport!

“To say that this is only my 4th ever race, I just feel amazing. This is why people go racing!”