In the final weekend of the Volkswagen Racing Cup season, Mark Steel experienced the highs and lows that motorsport can bring at Donington Park.

Hoping to end the season with a strong performance, Mark tested at the East Midlands circuit on Friday for some last-minute practice.

Unfortunately, this would prove to be costly.

As Mark rounded a quick corner, he was cut-up by a Ginetta and he had nowhere to go.

As a result, the Slidesports team had a big job on to repair the damage as best they could in time for Saturday’s qualifying session.

On Saturday, the car was still not quite right and Pall-Ex’s Director of Sales and Marketing struggled to find any pace. 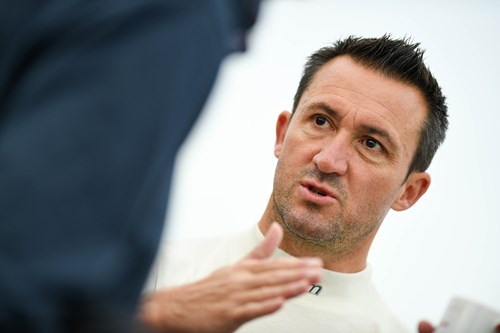 After only 4 laps of qualifying, Mark lost a turbo pipe and had to retire meaning he would start from the back of the grid for Race One on Sunday morning.

After the session, Mark reflected on a difficult afternoon, saying; “I’m so frustrated with the situation.

I came here yesterday to gain some more experience and it has resulted in me being severely disadvantaged going into tomorrow’s races.

The team have worked brilliantly to get my car back out there so a massive thank you to them and I suppose the positive for tomorrow is that I can’t finish any lower than I start!”

Race One took place bright and early on Sunday morning with lights out at 09:20.

From the back, Mark made solid progress in the opening few laps, gaining a couple of places by picking off the slower drivers towards the back.

As the race continued, luck seemed to favour Mark, meaning he was promoted into eighth place.

This meant that Mark would go on to claim the Hankook Trophy for the second time this season, as he was the highest placed driver yet to feature on the podium this year.

This result also saw him climb two places in the championship standings, slotting into ninth position.

After claiming his trophy, Mark commented; “What a difference a day makes! Yesterday was so disappointing, but we have really made up for it with that result.

It’s great to stand on the podium again and prove that I’m capable of mixing it with the top drivers.

I can’t wait to start the final race of the year in eighth later and see what I can achieve.” 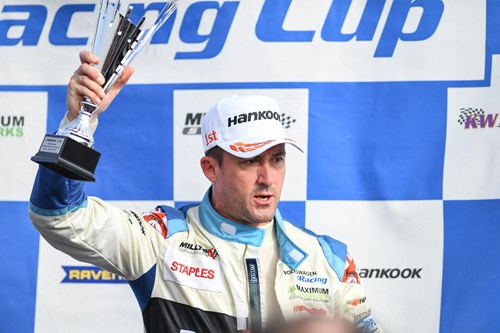 There was an extended break between the end of Race One and the start of Race Two at 16:20.

During this time, Mark took time to speak with several sponsors who came to watch him race, as well as spending some time with his family who were also in attendance, as Donington Park is Mark’s home circuit.

Lining up for Race Two, Mark wanted to capitalise on one of his highest grid positions to date.

He had the dream start off the line and entered the first corner, Redgate, in a brilliant fifth position.

For the rest of the opening lap, Mark looked comfortable and held off the drivers behind him.

However, as he approached the final turn, disaster struck the Staples liveried Golf.

Mark’s engine gave up, having overheated whilst being driven flat out.

A loss of coolant, probably through a hairline crack caused by the incident on Friday, had seen the engine temperatures soar resulting catastrophic engine damage.

This not only ended Mark’s race prematurely but also his season, demonstrating the real highs and lows of motorsport. 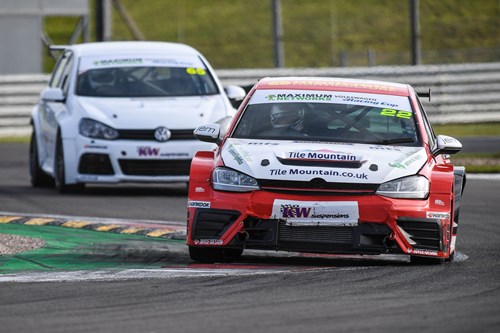 Upon his return to the paddock, Mark was reasonably relaxed and philosophical.

He commented; “I’m gutted for my season to end like this, but I’ve had a great year and learned so much.

Thank you to everyone who came out to support me today and those who have supported me all season. Without their support, I couldn’t do this. It’s as simple as that.

Thanks also to Slidesports who have given me a great car throughout the year, which has helped me achieve so much.

I’ve shown that I deserve to be in this championship, and I’m not just prepared to make up the numbers. Roll on 2020!” 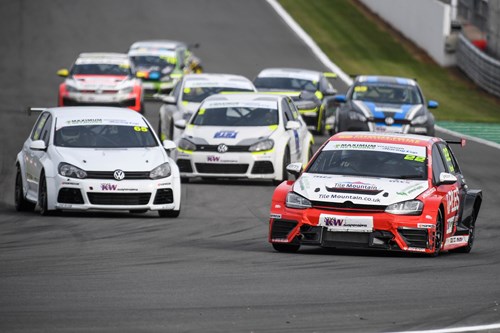 If you would like to watch Mark in action, you can watch both of Mark’s races in full on the Volkswagen Racing Cup YouTube channel.

The Volkswagen Racing cup has now finished for the 2019 season and will return in April 2020.