Last weekend, the Pall-Ex supported Mac2Racing Team travelled to The Netherlands to compete in the final rounds of the ONK Sidecarmasters.

Driver Sam Osbaldiston and his passenger, Nathan Cooper have enjoyed a successful season in the Dutch Masters series and were amongst the Top 20 who were invited to the final rounds of the Dutch Masters MX series at Zwarte Cross (Black Cross). 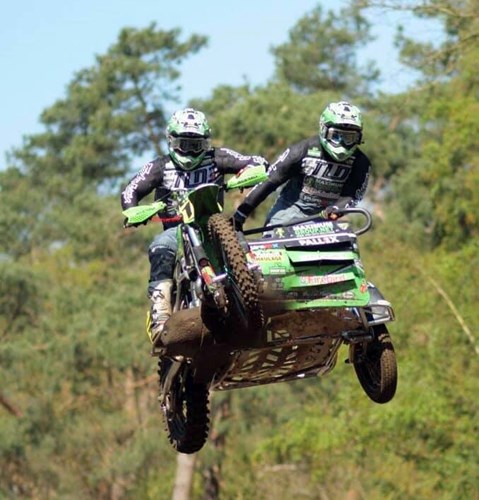 The event is the biggest four day festival in The Netherlands, with 300,000 tickets released and it included racing, stunts, fairground rides, theatre and music.

The week before, the team had competed at the World Championships in Germany but failed to qualify due to a front brake issue.

Now across the border in The Netherlands, at what was the team’s 10th race meeting in Europe this year, they spent time learning the track and prepping themselves for the race. This, in turn, supported their strong qualifying performance.

They finished the session by clocking a time fast enough for 14th position in Race One, midway across the front row at the start.

At the start of Race One, Sam and Nathan lost a couple of places and dropped to 16th position.

However, their skill, determination, increasing confidence and knowledge of the track helped them to battle up into ninth place as the chequered flag fell at the end of the 12 lap race, which was their best result of the series! 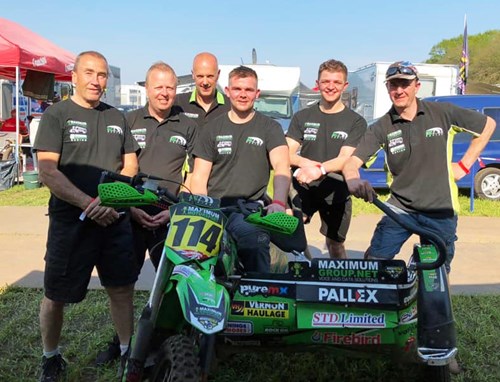 The start of Race Two was delayed, due to an injured quad-bike rider and this meant the competitors were exposed to the blaring sun for half an hour before the race could get underway.

As a result of the heat, Sam and Nathan were a little tentative at the start, and once again, they lost a few places.

However, they soon regained their composure and fell into the rhythm that had worked so well in Race One.

They soon climbed up into eighth place and looked set to go one better than they had in Race One.

Unfortunately, on the last lap, they became involved in a battle with a charging competitor, who got their elbows out in the final turn, forcing the boys wide.

Nevertheless, they came home in ninth again, matching their best result of the series.

There is now a summer break until September when the Mac2Racing Team will compete in three European Championship rounds, a challenge that the whole team is ready and excited for!

You can keep up to date with the latest Mac2Racing news by following them on Facebook and Instagram.