Mac2Racing has claimed third place in the IMBA European Sidecar Championship for 2019 following a great performance in the final round.

The Pall-Ex supported sidecar motocross team, travelled to Oss in the Netherlands determined to hold on to third place in the championship, having lost ground at the previous round in Germany.

After poor weather conditions during the week leading up to the event, the organisers decided to cut out a section of the track and alter the program to allow time to prime the track for the main event.

First, the team took part in timed qualifying, which saw them earn sixth place in the standings, meaning they would have a good starting position for Race One.

The team had been losing time on the drive up the long hill from Turn Two and Mechanic, Marc Cooper decided to change the gearing on the rear sprocket for Race One.

This decision ultimately paid off, as the team battled through to take 3rd place, one place in front of their Belgian rival in the championship. 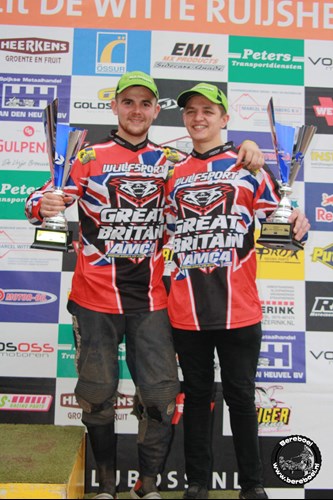 Race Two would see the boys go to the line with a 13-point advantage in the championship.

However, at the start, the team were once again held up in a starting straight incident, which demoted them to the back of the field, whilst the Belgian team were third with team mates in fourth and fifth.

The Mac2 boys manged to get out of the incident without occurring any damage and soon took up the challenge of moving further up the rankings. They dug deep to go over the line in fifth position as the flag fell.

This comeback and the haul of points it won was vital, as the gap reduced to just eight points.

The challenge was that the Belgians had teammates riding shotgun Race Three.

On Lap One, the Belgians sat in third, fourth and fifth, with Mac2 in sixth.

Their championship rival was in fourth, with Sam and Nathan on the Mac2 vehicle stalking them close behind, waiting for the opportunity for a clean pass.

A mistake from the Belgians meant the Mac2 team could take advantage and pull past, Sam and Nathan were through and closing in on third place.

For the final stages of the race, instructions were given on the pit board to hold position for the final rather than risk an incident in chasing down third.

After a nail-biting final two laps, the boys came home to finish fourth position, one place ahead of the competition. The results for the weekend’s races were third, fifth and fourth.

The championship rivals could only secure fourth, third and fifth meaning that Mac2Racing claimed third place overall in Europe for 2019.

This on top of a double podium finish to the season gave everyone even more reason to celebrate. 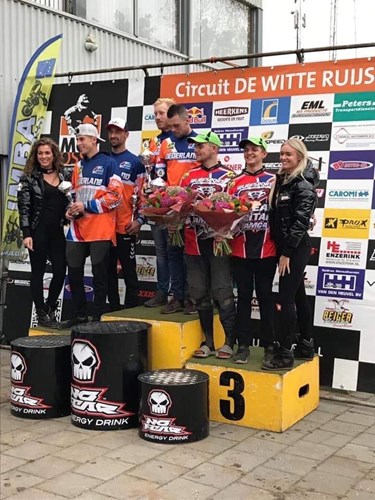 This fantastic achievement rounds out a fantastic season for the whole team and exhibits their dedication and skill. Sam and Nathan will be hoping to go even further next season, and challenge for the European title in 2020.

Mac2 Racing have just one more meeting this season as they head back to Holland to take part in a three-day charity event to raise money for children’s charities.