Pall-Ex supported Adam Morgan rounded out his Dunlop MSA British Touring Car Championship weekend at Croft with points in race three after a tough weekend at the North Yorkshire circuit.

Pall-Ex supported Adam Morgan rounded out his Dunlop MSA British Touring Car Championship weekend at Croft with points in race three after a tough weekend at the North Yorkshire circuit.

Adam’s Mac Tools-backed Mercedes-Benz A-Class came into the weekend placed second equal in the championship and carrying 57 kilos of success ballast, which affected the car in the all-important qualifying session.

Morgan said: “I’m not sure whether it is set-up or the weight or a combination of the two but I struggled with the car.

"As it is, we are starting 22nd which is OK but we are a bit deflated.”

Adam, though is nothing if not a fighter and was all geared up to make progress in the opening 15-lap race, but luck was not with him.

After suffering an early set back, he was on a mission to regain places, but was then collected by the Honda of Brett Smith as the Eurotech driver tried to re-join the track at the hairpin, and broke the rear suspension on Adam’s car. 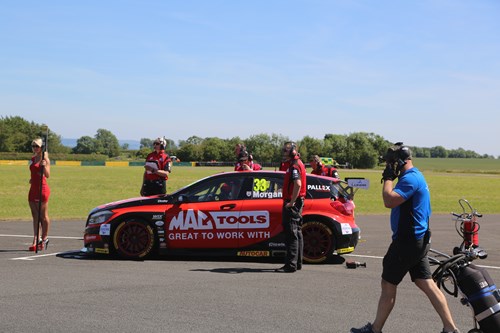 That meant that Adam retired from the race and started the second 15-lap dash from 29thon the grid.

From here, Morgan’s Mercedes made a blistering start and was 14thafter just three laps showing great race craft as well as much improved car speed.

Then, came bad news from race control: Adam’s getaway was deemed to have been too good and he was given a drive-through penalty for jumping the start.

Morgan said: “That was a real kick in the teeth.

“I was so far back I was round the last corner and couldn't see the lights so I just went when everyone else did.

“The drive-through meant that I fell to last place,” he added.

Adam wasn’t done yet though, as he put his head down and, now weight-free, carved his way up to 19thplace, out of the points but mid-grid for the final race.

He explained his frustrations after the race: “The car felt really good and I think without the drive-through a top six would have been possible. 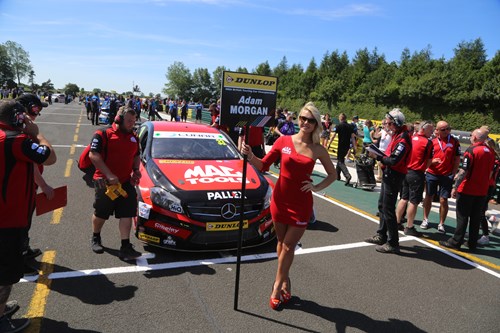 Adam lined up 19th for the final race, eager to gain points and he made a fantastic start gaining three places off the line.

He then got boxed in behind more traffic and lost places, meaning that a recovery drive was on the cards.

Adam set about picking off cars as rapidly as he could and by the end of the race, Adam was up to 12th which meant that he scored a handful of points but lost ground in the championship race.

After the race, he reflected: “We often struggle here for set-up and had we nailed it for qualifying I would have been further up the grid and away from the danger zone where the contact often is.

“But looking positively, we are now lighter going to Snetterton and we have proved that we can get on top of the car over a race weekend."

“Overall, I am frustrated but that seems to be our Croft luck,” Adam continued.

“We will fight back at Snetterton.”

The teams now get a break until July 28/29, but there will be the two-day tyre test at Snetterton in mid-July allowing the teams a chance to gain data ahead of race weekend. The next races will be at Snetterton, Norfolk, with a special 60-mile anniversary race to celebrate the 60thanniversary of the BTCC and all the action will be shown live on ITV4.