Pall-Ex has won the coveted Silver Employer Recognition Scheme (ERS) award from the Ministry of Defence for its support of the Armed Forces community.

Pall-Ex has been awarded the coveted Silver Employer Recognition Scheme (ERS) accreditation from the Ministry of Defence for its support of the Armed Forces community. 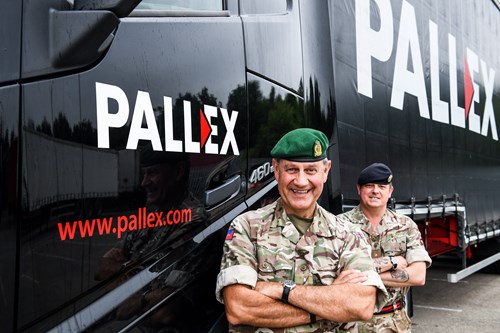 The logistics giant has actively supported ex-military personnel by providing jobs and training since signing the Armed Forces Covenant and reaching bronze status in 2019.

Pall-Ex is the only pallet network to achieve the silver standard and one of only 141 organisations in the East Midlands to hold the award.

From its central hub in Coalville, the company has implemented practical policies to promote roles in logistics to those who have previously served in the Armed Forces and their families, providing access to training and new careers.

Kevin Buchanan, Pall-Ex Group CEO, comments: “Pall-Ex is fully committed to being an Armed Forces employer and this recognition underlines the efforts we have made to support ex-military personnel with developing new careers in the logistics industry.

“Many of our team members at Pall-Ex and around our network have joined us following successful careers in the army, navy or air force, bringing important skills to our entire operation.

We are indebted to all Armed Forces personnel for the contributions they have made to protect our country, so we believe it is our duty to provide new opportunities and rewarding roles; we continue to provide training and support to help the right candidates gain the qualifications they need."

“Throughout our network, we have HGV drivers who trained for their Class 1 driver’s licence while in the Armed Forces and are now utilising those skills in civilian life.

“We are also continuing our charity partnership with Combat Stress, who provides vital mental health support services to veterans.” 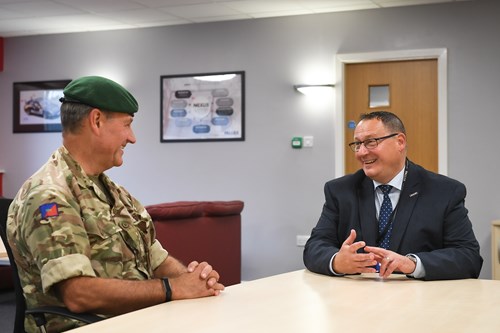 Mark Steel, Pall-Ex Managing Director - International Business Units, spent 13 years in the RAF as a Propulsion Technician working on some of the most advanced fighter aircraft before joining the logistics industry.

Mark comments: “There are a huge number of transferrable skills that ex-military personnel can bring to the logistics industry, including problem solving and teamwork, which are vital to every role.

Many of us now use the same skills and knowledge in our day-to-day jobs within the Pall-Ex network, whether that is driving an HGV, team leading or planning operations.”

Cat Suckling, Assistant Regional Employer Engagement Director for the Ministry of Defence, comments: “This ERS Silver Award recognises employers who have actively demonstrated their support for the Armed Forces community.

We are delighted that Pall-Ex has chosen to support the Armed Forces community, which includes Veterans, Reservists, Cadet Force Adult Volunteers, and the spouses and partners of those serving, as well as proactively promoting rewarding career and training opportunities throughout its network.”

Current vacancies at Pall-Ex can be viewed at www.pallex.co.uk/vacancies.