Pall-Ex members have generated over £50,000 in support of charitable causes through their partnership with Atom Logistics.

Pall-Ex (UK) Ltd has generated over £52,000 for charitable causes thanks to its partnership with Atom Logistics. 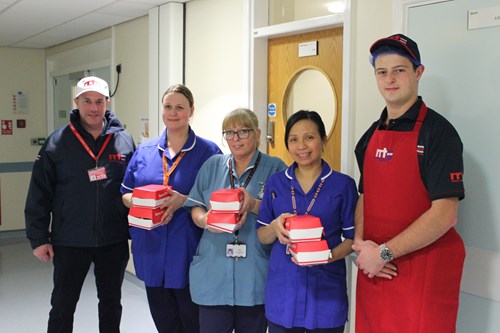 Since its relationship with Atom Logistics began in 2018, the number one pallet network for quality has operated a rebate scheme which raises funds for Atom’s parent organisation, Universal Business Team (UBT) various charities.

The incredible £52,000 is over double the total from 2019, highlighting the growing success of the partnership.

The money raised during 2020 is as a result of UBT member companies choosing to send their freight through the Pall-Ex network via its members across the UK.

With an average input of over 4,500 Atom Logistics pallets a month, all of which generate rebate funds, this figure displays the enthusiasm and support that the members of Pall-Ex have shown when negotiating new contracts with UBT member businesses, as well as the scale of the UBT network.

UBT is owned and operated by members of the Plymouth Brethren, whose higher purpose is to support its schools and charities.

One of the charitable causes that the rebate funds support is Rapid Relief Team (RRT).

RRT provides free catering assistance and tangible support to emergency services, governments and various other organisations across the globe, with a vast network of over 14,500 volunteers ready to mobilise in response to natural disasters such as earthquakes and wild-fires, as were seen in Australia in early 2020. 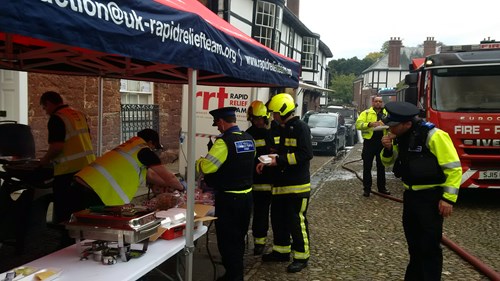 Michelle Naylor, Pall-Ex Group’s Commercial Director, oversees the partnership on Pall-Ex’s side, and since joining the business in the summer of 2020, has been impressed with the uptake from the Pall-Ex members and the dedication they have shown to the initiative.

“When I joined the business it was great to see the entire Pall-Ex network supporting UBT by working with Atom Logistics,” she comments.

“We work closely with Sophie and the team at Atom to bring on new business from UBT companies, in turn, this means more rebates being generated, and as the figures suggest, the partnership is going from strength to strength!

I’m looking forward to seeing what we can achieve in 2021 as our members begin to work with even more UBT businesses and we continue to generate funds for such a worthy set of causes.”

Pall-Ex’s key contact at Atom Logistics is Sophie Morris, who has worked with the Commercial Team since the partnership began in 2018.

On what has been a hugely successful year to the rebate scheme, Sophie comments; “We are delighted to have achieved this level of funding, as this highlights the success and demonstrates that we are helping our clients to reach their business goals”.

Both Atom Logistics, and Pall-Ex are working together to fulfil the fifth UBT strategic pillar of ‘Greater Good’, through supporting our education and charity work, and we are looking forward continuing the upward trend we have seen through 2020 in the year to come.”

Pall-Ex’s contribution to the UBT rebate scheme looks set to increase during 2021, as Pall-Ex Group’s other pallet network, Fortec Distribution Network, will also be launching the UBT rebate to its members this year.

This means over 65 new SMEs across the UK will now be offering palletised freight distribution services to UBT businesses.

As a result, every pallet that they transport for these businesses will generate even more rebate to go towards good causes such as RRT.