The FTS Group are already one of Hertfordshire's leading logistics companies and hope the appointments will help growth continue.

The FTS Group moves up a gear and enters a new era with a strengthened senior management team following two new major appointments.

The Group, who own a number of Pall-Ex member businesses, are already one of Hertfordshire’s premier logistics companies.

The new appointments follow a period of unprecedented growth in recent times, which saw both strong organic growth and the acquisition of Watford-based Stand & Deliver Transport Ltd, a well renowned general haulier with the iconic “Highwayman” trucks. 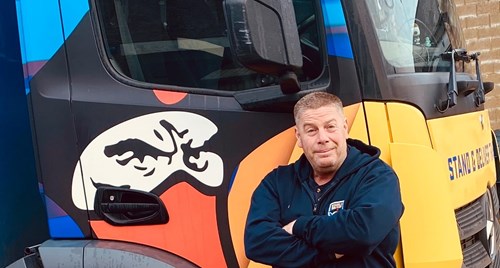 Both of the new appointments will be instrumental in expanding the company’s operations in the UK and Internationally.

With a background in accountancy and IT system sales; bringing over 25 years’ experience in commercial roles, Peter Samuel has been instrumental in the digital transformation of the Group over the last five years and has streamlined the services offered to their varied clientele.

Stephen Mackay, Director at The FTS Group comments: “We are extremely proud to be cementing the team for this new phase of our development.

“Pete and Andrew bring both huge experience and industry knowledge and together they will drive our growth and reinforce our status as one of Hertfordshire’s premier logistics companies.

“Both are well-respected and well-known within our industry, their track records speaking for themselves. They will continue to build relationships and develop added value offerings that differentiate us in the logistics industry.”

On his appointment, Peter Samuel comments: “I’ve been given a mandate to lead The FTS Group into the next phase of the company’s development.

“I feel honoured to have been asked to lead the already experienced team as we move forwards. It’s a great opportunity and I look forward to getting my teeth into it straight away.

Supporting and developing our Group companies has top priority as we push the envelope on our haulage, storage and added value offerings.”

Also commenting on his appointment, Andrew Bull adds: “I am pleased to be part of the team leading The FTS Group working alongside such great people."

Barry Byers is the Managing Director UK at Pall-Ex Group, and he knows the importance of adding strength to the management team within a successful business.

Commenting on the appointments of Peter and Andrew at The FTS Group, he says; “It is exciting to see The FTS Group working hard to not only solidify its position as one of Hertfordshire’s premier logistics companies, but actively improving its business and looking to grow.

“The team there have shown that with commitment and a passion for quality service, anything is possible and I look forward to working closely with Peter and Andrew in the years to come.

As The FTS Group continues to add strength to its team, this too further increases the strength of the Pall-Ex network overall.”

For more information about The FTS Group and its team, please visit http://www.ftslogistics.co.uk/