Sim vs Snowdon for #PLXUKRAINE

Sim vs Snowdon for #PLXUKRAINE

Money raised by the appeal is going to the Disasters Emergency Committee, a group of 15 leading charities that work together to efficiently and effectively raise money to deliver vital aid to victims of overseas crises.

Over the extended bank holiday weekend, our HR Generalist Simaran Uppal, along with some friends, took on the challenge of climbing Mount Snowdon for the #PLXUkraine appeal. 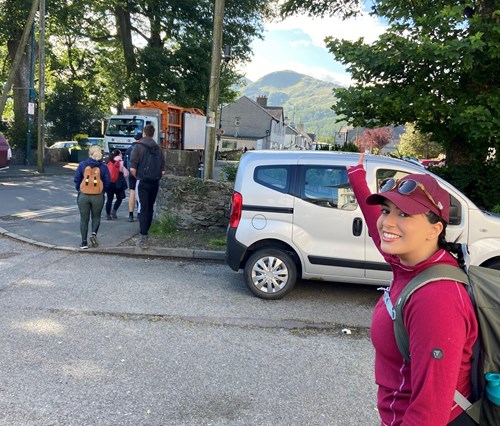 “I had never been to Wales before and have always heard and seen pictures of its natural beauty. I thought climbing Snowdon would be the perfect mix of enjoying my bank holiday weekend away and completing a bucket list challenge for the benefit of charity.”

The climb was the culmination of two months’ training, including consistent gym visits and long 5-10-mile walks at the weekend.

Apprehension was felt by Sim and her group in the morning leading up to the climb as they walked from the Airbnb in Llanberis towards the foot of the mountain.

It was to be a physically and mentally challenging day but knowing that her hard work would benefit so many people who have been impacted by war is what provided Sim with the determination to reach the summit. 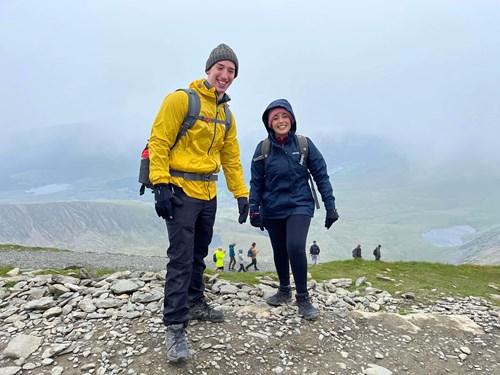 The weather on the day also provided an added level of difficulty. Rain, strong winds, and cold temperatures created a challenging atmosphere, especially past the halfway mark. Sunglasses and caps were swapped in favour of raincoats and woolly hats, but the team continued with their challenge regardless.

After struggling through the wind and rain, Sim reached the summit and was able to proudly fly the Pall-Ex flag. 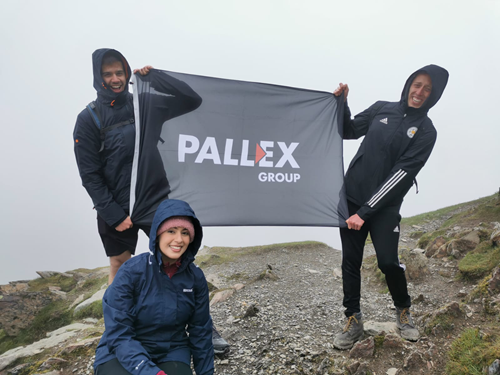 As well as raising an impressive £555 for the #PLXUkraine appeal, Sim has discovered a new love for long walks, something which she hopes to continue doing as a way of improving her general wellbeing.

Everyone at Pall-Ex would like to congratulate Sim for achieving her goal and raising so much money for a worthy cause in the process.

On behalf of Sim, thank you to everyone who donated and sent kind words of encouragement.