Following a weekend of rain, the sun came out to shine over the Pall-Ex Group annual golf day, sponsored by Gallagher, on the 21st of June following its two-year absence.

Employees, members and customers came together at the Forest of Arden Championship Golf Course, a unique setting in Warwickshire’s parklands and ancient woodlands, to support the Ukraine humanitarian appeal.

Golfers received a gift bag on arrival to thank them for their attendance and enthusiasm in supporting the appeal.

The day kicked off with some entertainment in the form of an unforgettable trick shot show. Trick shot artist Geoff Swain inspired the 72 guests in attendance with his impressive demonstration of golfing stunts. 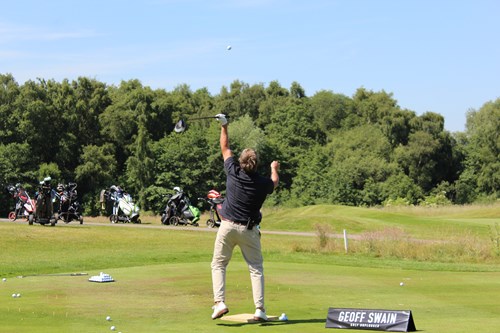 The golfers were then ready to tee off, shotgun style, on the Championship golf course, which has hosted events including the British Masters and the English Open.

The teams of four took to the course for 18 rounds of Texas Scramble, with awards on offer for the team winners, individual winner, nearest to the pin, longest drive, and the Charity Red Ball winners. 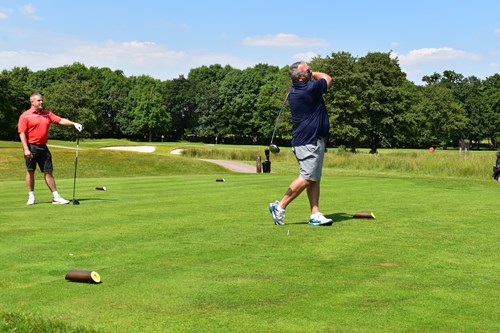 The Charity Red Ball Competition involved each team being given one bright red ball to play with, which rotated between the team members, changing after each hole. After each hole, the scores of two team members were added together, one of which was from the player who used the red ball, to create one team score. The winners were the team with the best red ball score after all 18 holes had been completed.

The players were also offered the exciting opportunity to win a brand-new BMW Z4, courtesy of Stratstone Derby, who sponsored the 18th hole at the event. The lucky winner needed to hit a hole-in-one on the 18th hole. There were a few players who managed to get very close, with Carl Burrows claiming the nearest to the pin prize for the 18th hole, but unfortunately the BMW Z4 went unclaimed. 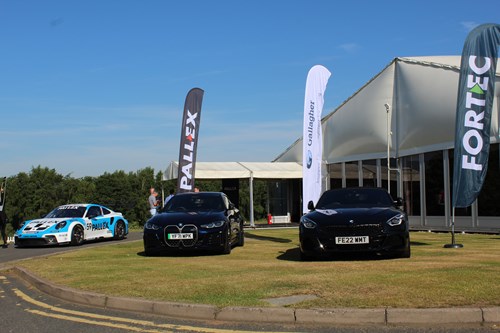 The day concluded with an evening meal, hosted at the Forest of Arden Marriott Hotel & Country Club, with an awards ceremony for the winners.

Stephen Stafford was the individual winner of the day. 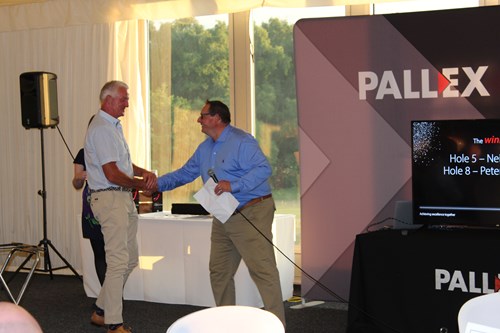 And the Charity Red Ball Challenge was won by Paul Shrives, Darren Sandford-Wilson and Roy Butler, which managed to raise £1,070 for the #PLXUkraine appeal.

“It was fantastic to see so many members and customers from both networks together on the golf course last week. The event was a huge success that raised a lot of money for an excellent cause."

Having seen the developments in Ukraine in recent months, I am proud to see how Pall-Ex Group and our members are uniting to contribute to disaster relief efforts.”

Congratulations to all the players for managing to raise such an impressive amount of money to go to such a worthy cause, and, of course, to all the winners!

Overall, the event was a success with entertainment and friendly competition enjoyed by all.

Pall-Ex Group is working with all of its members to raise funds as part of the #PLXUKRAINE appeal. To donate to the appeal, please visit: https://www.justgiving.com/team/teamplx